I am 24 years old today! It's kind of hard to believe I'm at another birthday again, because the passage of time over this past year has been so wonky. That said, I'm very grateful to have made it through what was an incredibly harrowing, fearful year for many of us.

We may be nearing the end of Halloween season, but it's never too late to do a spooky tag to celebrate the wonderfully horrific holiday! So, today, I have a special Halloween tag post for all of you. I hope you enjoy it!

I've been thinking about some things in relation to my CIB Sunday feature here on the blog. To that end, I made a Twitter poll asking if people would also be interested in seeing Xbox One and PlayStation 4 video games, even though they often include less materials (they typically don't have instruction booklets, extra manuals, etc.). I'll have the link to the Twitter poll included below, and if you don't have Twitter, I'm going to include a poll here on WordPress as well. It would really help me out if you vote, and I'd appreciate it so much. Thank you!

I will still post on a regular basis and keep the blog active. I'm going to do that on a smaller scale, though. I'm thinking that I'll aim for four to five posts a week and see how that works. I definitely want to keep my feature posts, including Monday Motivation, Feline Friday, and CIB Sunday. That should leave room for one to two poetry posts every week.

At its core, 'Magic 7' is a fun, fast-paced story about three kids with special powers trying to go about their lives and help their friends.

Search on This Blog

Hi! I'm Haley Scully, an introvert who loves all things creative and nerdy. I love writing about those topics, too! Whether it's animals, video games, anime, poetry, or all of the above, I want to share my passions with the world.

Check Out My Top Posts & Pages 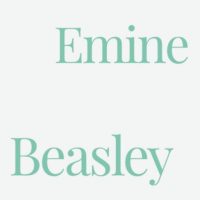 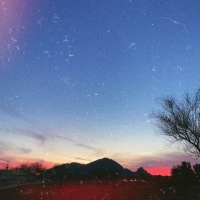 I receive and request books for review from platforms like NetGalley and Edelweiss+, and sometimes, directly from authors. All opinions expressed in these reviews are honest, unbiased, and my own.

I also include affiliate links on this site (Amazon). If used to make a purchase, these links provide me with a small commission. Thank you for choosing to support my blog.

Life Lessons From Around the Dinner Table

For the unbothered, vulnerable, misunderstood, and curious

The Librarian Who Doesn't Say Shhh!